because the crashing waves have done too much damage.
Tidal waves strip my identities across the sandy beaches.
Tsunamis of fear and anger devours my soul
and drags it along the deep ocean floor,
picking up the pieces of keys to missing locks.
I'm swept into the sea,
drowning in an ocean of seduction and lies,
gasping for air, seeking hope and redemption.
Inhaling the present and exhaling the past
on the surface of the ocean, but the surface was I all I ever knew.
Gazing at the glimmers of hope in the sky,
stars existing galaxies away.
But the moon casting shadows of failure and defeat.

I come across a rupture in the earth's crust.
Hot lava spilling across the ocean with finesse,
ashes filling up the infinite space in time.
I saw beauty in the reaction,
as it reacted a sense of belonging.
So naturally, I swim towards the eruption,
but the waves carried me so gently with no disruption.
I stand on the scorching melanin,
reminding me of the summer heat
that used to blaze underneath my feet.
It reminded me of this place I once called home,
which I've moved so far away from.

So I became grounded, and as time went by,
the charcoal ashes subsided and roots became grounded.
Fruiting trees started growing,
peach blossoms releasing aroma therapy,
coconut nutrients healing my soul.
I stand there with the waves crashing up against my feet
realizing this was a blessing in disguise.

You see...
My skin can still taste the salty tears of crying heavens
but the sea breeze caresses my skin
evaporating fear and anger
diminishing insecurities of my identities.
Healing of what was already bleeding.

Because I've come so far from where I used to be,
I remember that I can float in the ocean.
I learned how to swim and navigate through the dangerous seas,
for my majestic energy can ripple with the tidal waves
and I can stand for all I am worth,
facing the sun as it sets on the ocean's horizon.

Popular posts from this blog

"It describes people's inability to choose their own Personal Legends. And it ends up saying that everyone believes the world's greatest lie." "What's the world's greatest lie?" the boy asked completely surpised. "It's this: that at a certain point in our lives, we lose control of what's happening to us, and our lives become controlled by fate. That's the world's greatest lie." - Page 20
The Soul of the World is nourished by people's happiness. And also by unhappiness, envy, and jealousy. To realize one's Personal Legend is a person's only real obligation. All things are one. "And, when you want something, all the universe conspires in helping you to achieve it." - Page 24
"Treasure is uncovered by the force of lowing water, and it is buried by the same currents," said the old man. - Page 27
He had to choose between something he had bec…
Read more

March 21, 2018
My story cloth is embroidered with blood. It bleeds along the Mekong, where you can’t distinguish the gun smoke from the clouds or my mother’s tears from the rain. It bleeds with invisible
footsteps through the jungles. It bleeds onto the rice fields and blossoms with the opium flowers. It bleeds deep.
Blood stains my father’s hands as he cuts the umbilical cord. It covers my mother’s body as she washes her newborn. It bleeds from my placenta as it is buried with honor under the central column of the shack. Born in a refugee camp, my existence from day 1 has always been a political one. It bleeds deep.
Blood stains the streets I walk on. It bleeds in masses of black, brown, and blue killings at the intersection with homes of violence, abuse, and overdose. Bruised and bleeding, repeating cycles of love that seems to be worthwhile suffering in pain of denial. It bleeds deep.
Bloodstains splatter from my pen onto the paper. Slurs of English as my second language as I am taught about the hatred for my language, culture, a…
Read more 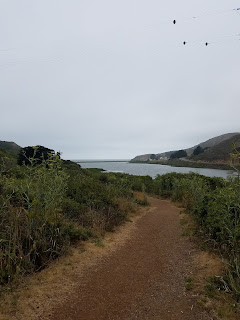